“The place where the first Buddhist temple was built in Japan” seems like more than just a phrase. The Gangoji tablet is on the South Main Gate, and its temple name plate showed as Asuka-dera, Hoko-ji, Kensho-ji, Kentsu-ji Homanji.
As the temple name changed from Asuka-dera→Hoko-ji→Asuka Daiji→Gangoji, the character of the temple changed over time.
Kensho-ji=Sakurai Dojo, Kentsu-ji=Kogen-ji, Homan-ji =Asuka-dera shows how the history goes. The Imperial Court and Family approved of Buddhism and introduced Buddhist policies like the Tang Dynasty, giving meaning to things retroactively. The name for Hoko-ji is associated with “Buppo Konryu” (promotion of Buddhism) and Horyu-ji is probably named in paired up with it too. 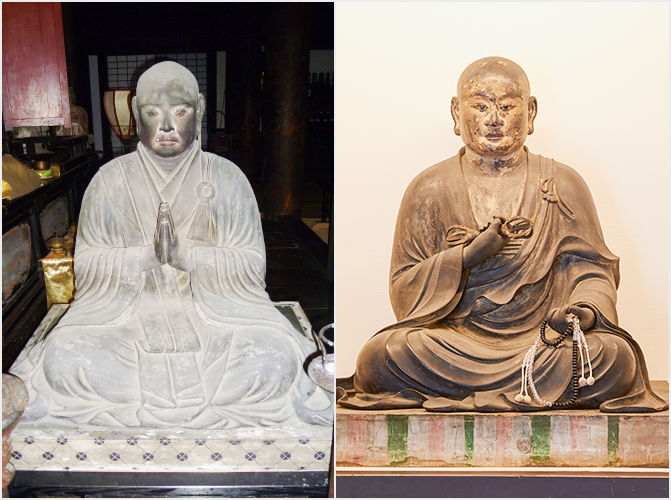 Establishing a temple for praying to the glory of the Soga clan was the long-held wish of Soga no Iname and it the worship of Soga no Umako.
At the behest of Empress Suiko, Asuka Daiji was claimed by the Prince Shotoku foundation. The Heijo-kyo transfer was made at the behest of Empress Gensho and Emperor Shomu.
Gokuraku-bo came from the restoration of the foundation of Jinson Daisojo, a successor of Kofuku-ji temple Daijo-in. 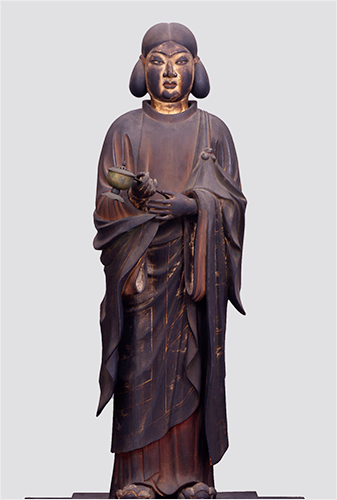 Looking at the history of the original teaching of Buddhist theories, the first person to introduce the Three Treatises was Ekan. Dosho introduced the Hoso theories.

In the Fujiwara and Nara eras, Gangoji was operated under the Buddhist policy of pro-Buddhism Soga clans and it was also a state-sponsored temple attaining the Three Treasures controlled by the imperial court. However, in the Heian Era, the collapse of the ordinance system led to the disappearance of Kandai-ji, which was folded into Kofuku-ji and Todai-ji acting as Kenmon-jiin. But in the Kamakura Era, Gangoji’s temple was dissolved, and the temple buildings and towers were dispersed.
And the remains of the priests’ living quarters supported the Kofuku-ji Daijo-in in the Muromachi Era, and it had monks of the Koshin-ji (Dain-ji) school (the Saidai-ji school of Shingon Risshu). During the Edo Era, many high-ranking officials came out, due to the direct connection with Saidai-ji temple.
According to the temple record, this connection was resolved at the time of the Meiji Restoration and the temple was without their resident priests. However, in 1942, the headquarters of the Shingon Risshu sect, Honzan-ji, substantially governed this temple and its authority reinstated. Then, after the war, because of the Cultural Properties Protection Law and systems for religious organizations, they were rehabilitated.

Set in the land of beginnings with a history spanning 1,300 years,
Gangoji is a National Treasure and World Heritage Site of Nara.